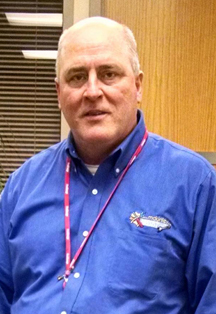 Jeff began working at the First Energy and Akron Centre Plaza buildings in 1985 as the Lead Maintenance Technician. Through hard work and dedication he rose to his current position as Senior Maintenance Supervisor where he has succeeded since 2007. Jeff oversees and supports facilities operations for McKinley’s entire commercial portfolio in Akron, including the Akron Centre Plaza, First Energy Building and the 222 building.

To mark this significant milestone of achievement McKinley hosted a luncheon on April 8th in Akron in his honor.

“I have worked with Jeff for nearly four years and I believe his greatest accomplishment is the pride he has in the Akron building,” stated Denise A. Armstrong, Assistant Vice President and Regional Property Manager. “Jeff has also worked his magic on the landscaping and has been honored with the Akron beautification award for the last 3 years.”