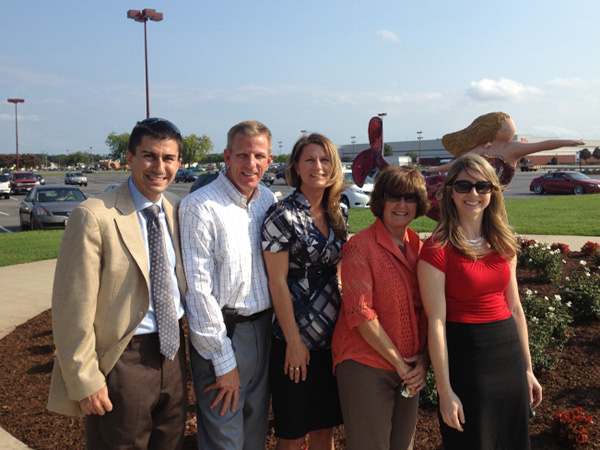 Norfolk, VA Diane O'Brien, the driving force behind McKinley's J.A.N.A.F. Shopping Yard in Norfolk, VA recently announced her upcoming retirement after a total of 26 years working at the retail center, the last 23 years of them with McKinley.

"Approximately 23 years ago we acquired J.A.N.A.F. Shopping Yard and the best was yet to come -- Diane O'Brien was leading the show when we bought the property. Now, a brief 23 years later, after many "ups" and many "downs", J.A.N.A.F is the most important retail center of its kind in all of the state of Virginia with more than 1 million square feet and currently sitting at 99% occupancy," exclaimed Albert M. Berriz, CEO of McKinley. "Many things have come and gone at J.A.N.A.F. during these 23 years, but one constant has remained and that's Diane! She is a rock, yet modest, a giant amongst giants in my book. She is family, and she is forever J.A.N.A.F. We wish her continued success on this new phase of her life but she knows the door is wide open should she ever get too bored."

"It seems like just yesterday that I first met Albert M. Berriz and the McKinley team after their acquisition of J.A.N.A.F Shopping Yard," mentioned Diane O'Brien. "It's been quite a ride these past 23 years and I am extremely happy to have been an integral part of J.A.N.A.F. Shopping Yard and the McKinley team. I appreciate all the opportunities that have been presented to me during my career at McKinley and I wish the entire team continued success."