McKinley Lands Major Lease at The Offices of Liberty Square 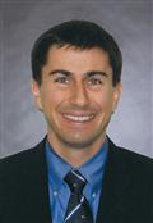 ANN ARBOR, MI - McKinley is excited to announce the execution of a 5-year lease with theUniversityofMichigan (UM) for18,500 square feet at The Offices atLiberty Square in downtownAnn Arbor. The Institute for Human Adjustment,http://www.umiha.org/, is occupying the majority of the space for UM with a small amount of space being occupied by other UM departments. Previously, theUniversityofMichigans English Language Institute and then its IT Services group occupied the space. Other tenants inLiberty Squareinclude, Menlo Innovations,UniversityofMichigans Tech Arb, Grand Traverse Pie Company, Tomukun, Lab, FedEx Kinkos, NWP and Barre Bee Fit. Im excited to have UM join our marvelous client list. It is a great location in the heart of downtown and is convenient for students, clients, visitors and staff. stated Tom Gritter, Managing Director of Commercial Real Estate for McKinley.

"Tom has done a marvelous job with The Offices at Liberty Square and McKinley Towne Centre, stated Albert M. Berriz, CEO of McKinley. Our vision of making McKinley Towne Centre and now The Offices at Liberty Square the nexus of town and gown has come to life with Google, Ann Arbor SPARK, Menlo Innovations, Bodman, Tech-Arb, UM and the many others that have allowed us to bring Liberty, Washington and Division to life. We are very proud of what Tom has accomplished added Berriz".