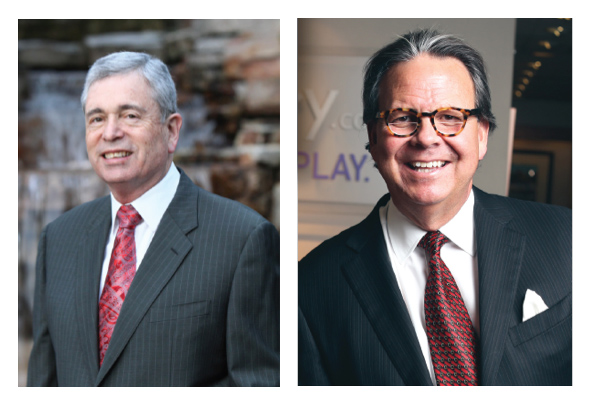 ANN ARBOR, MI. - McKinley is proud to announce its own Albert M. Berriz, CEO, Co-Owner and Managing Member & Ambassador Ronald N. Weiser, Founder have both been awarded the honor of being named to the DBusiness 500 Most Powerful Business Leaders in Metro Detroit.

Every year DBusiness composes the Detroit 500, a comprehensive list of the most powerful executives in more than 30 industries across metro Detroit and Michigan. The list is highly selective and was compiled based on a number of factors including the size of a given company or organization, growth rate, geographical reach, and extensive personal contacts.

“Ron and I are honored to receive this recognition and to be included with this important group of honorees,” states Berriz. “We are proud most of our people and of all that they have accomplished during our 50-year track record, both in the Detroit region as well as nationally,” added Berriz.