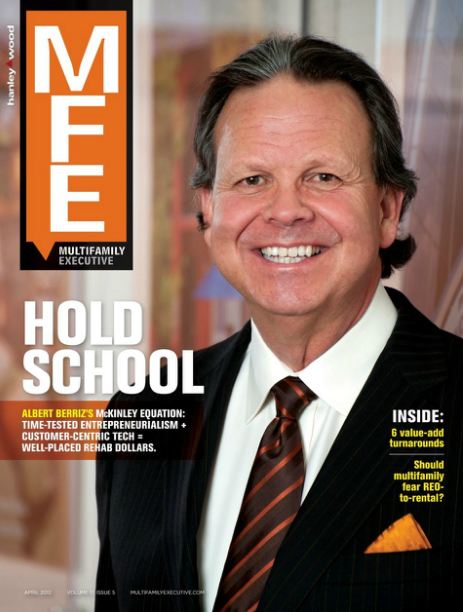 ANN ARBOR, MI -- McKinley is extremely pleased to announce that Albert M. Berriz, CEO of McKinley and the company are featured as the cover story for the April 2012 issue of Multifamily Executive magazine. The 5 page feature article "Hold School" focuses on McKinley's core competencies including its current multifamily real estate platform, marketplaces, operating philosophy and growth strategies for the future.

"As an apartment owner and manager, being featured on cover by Multifamily Executive magazine is definitely one of the highlights in my career," said a beaming Albert M. Berriz, CEO of McKinley. "We would like to thank Les Shaver and the entire team at Multifamily Executive for providing up the opportunity to showcase the McKinley success story to the multifamily industry. This is a huge honor and we are extremely excited to be a part of the magazine."

Check out the great article!