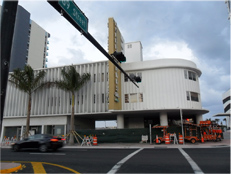 MIAMI BEACH, FLORIDA McKinley is pleased to announce that the11th Judicial Circuit for Miami-Dade County, Florida,has appointed McKinley the Receiver for the former Golden Sands Hotel in Miami Beach, Florida. The Golden Sands was a 100-room oceanfront hotel constructed in 1951.

The project was slated for redevelopment as a luxury hotel adjacent to the Canyon Ranch Miami Beach development until the recent economic downturn ground the redevelopment to a halt.

The Court and all of the parties recognized McKinleys expertise at resolving complex situations and creatively producing the greatest possible value said Matthew Mason, Managing Director, Commercial Client Services. We are passionate about building upon our 44-year track record of success to provide the best outcome for all of the stakeholders.

Golden Sands represents the eighth active commercial workout property for McKinley in the state of Florida, its fourth hotel assignment and the fifty-fourth assignment in Florida.