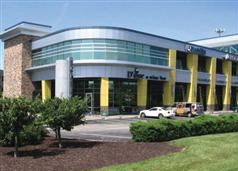 Indianapolis, Indiana McKinleys Commercial Client Services is pleased to announce the successful
disposition of Echelon Building, a 31,000 square foot mixed-use, office and retail building in Indianapolis, Indiana for which McKinley assumed management on June 1, 2009. As a culmination of the groups efforts, we were able to locate an out-of-state
investor to purchase the building.

We appreciated the opportunity to be involved in the repositioning of this asset on behalf of our valued client, states Albert M. Berriz, Chief Executive Officer