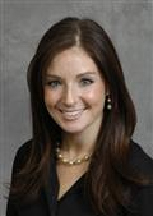 Ann Arbor, MI McKinley is pleased to announce that it has been nominated as a finalist in the AnnArbor.com Business Review's 2012 Deals of the Year in the commercial real estate category. McKinley was nominated after leasing more than 55,000 square feet of office space at Ann Arbor's Northeast Corporate Center to Cole Taylor Mortgage. Under the leadership of mortgage banking industry veteran Willie Newman, Cole Taylor now has more than 200 full time employees, a move that has added upwards of 100 new jobs in Ann Arbor this past year.

It's a great honor for McKinley to be nominated for this award," said Albert M. Berriz, CEO of McKinley. "We also can't be more thrilled with the tremendous growth of Cole Taylor Mortgage. Willie Newman is a proven and experienced entrepreneur in the mortgage banking space, and I would expect nothing less from him and his company. I would also like to thank and acknowledge Lauren Dritz, Director, Commercial Portfolio Management at McKinley and her entire team for making this deal happen."