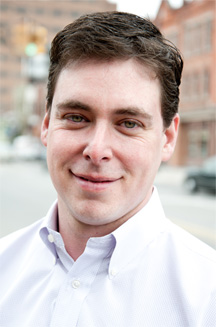 Ann Arbor, MI – Eugene A. Miller, Non-Executive Chairman of McKinley announced yesterday at its 10th Annual Bankers Event that Marc Weiser was voted unanimously by the board to become the company's next Non-Executive Vice Chairman. Mr. Miller discussed the importance the board has played with regards to corporate governance since it was formed in 2001, and the solid partnership and relationship that exists between Marc and Albert M. Berriz the company's President and CEO.

"McKinley has had a successful 46 year track record, and Marc and Albert are the leadership partnership that will take us into the future," said Mr. Miller. Albert M. Berriz added, "Marc's becoming Vice Chairman lays an important foundation block for our future, and further solidifies the long term partnership that exists between the Weiser and Berriz families in the management and ownership of McKinley."