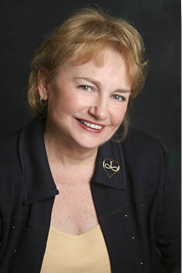 Ann Arbor, MI Alexandra Jackiw, managing director of McKinley's Residential Client Services, has been chosen to be one of four judges at the National Multi Housing Council's (NMHC) "Launch Pad" competition to be held during the upcoming Apartment Operations and Technology Conference & Exposition in Dallas. The competition, to be moderated by NMHC president Doug Bibby, will take place during the closing general session on November 14 at 1:30 pm. Based on the ABC Television's hit show "Shark Tank", the competition features four startup technology companies in the multifamily industry who will be judged by four apartment industry executives on their business plan, as well as overall viability in the marketplace.